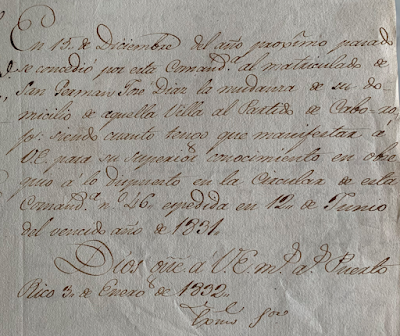 Simon Boyer was the first Boyer to emigrate from France to Puerto Rico. He settled in Guayama in the 1830’s, with descendants in Guayama, Arecibo, Ponce, Mayaguez, Quebradillas, and Arroyo.

Simon's Parents are given in his domicile papers in Puerto Rico as Etienne BOYER (1768), Marie DEYDIER (1775) 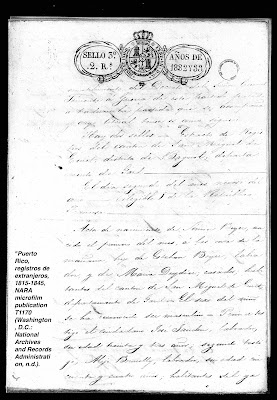 In Simon’s domicile papers in Puerto Rico dated 1832, a copy of his birth was recorded, but they did not understand the year he was born and just wrote ‘illegible.’

The original record of his birth in Saint-Michel-d' Euzet, Gard, France states that he was born on the first of Nivôse and the birth was recorded on the second of the month of Nivôse in the IX or ninth year of the French Republican Calendar. 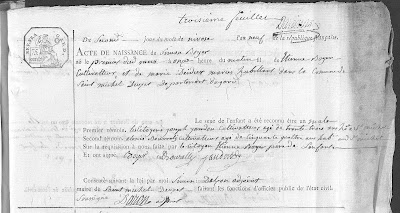 Years appear in writing as Roman numerals, with epoch 22 September 1792, the beginning of the "Republican Era" (the day the French First Republic was proclaimed, one day after the Convention abolished the monarchy). As a result, Roman Numeral I indicates the first year of the republic. Roman numeral IX is the 9th year of the Republic.

Months and days were also different than the Gregorian Calendar. There were twelve months, each divided into three ten-day weeks called décades. 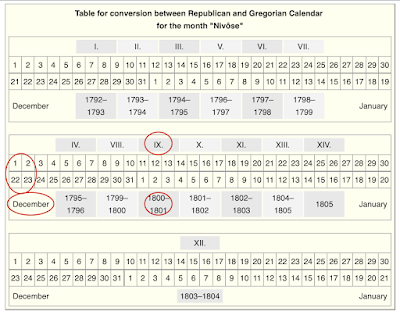 All documents in France between the years 1793 and 1805 will use the French Republican Calendar and subsequently the dates will need to be converted to reflect the correct date in our Gregorian Calendar.

After converting the dates from his birth document to the Gregorian Calendar, we can verify his birth and registration as: 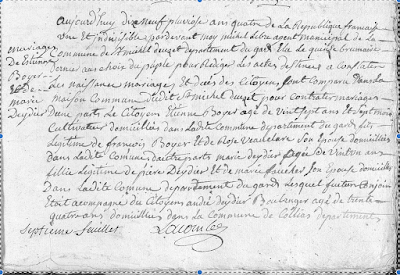